The Antonovich Luxury Arabic villa depicts brilliance with just a simple glance. It is like an oasis in the middle of the desert, an ecstatic place waiting to be discovered by you in your conquest of glorious places in beneath the face of the earth.

Villas, derived from the ancient Roman upper-class country house truly evolved to the modern demand of the demographics. Usually, the villa’s roots was a village that would be easily reached within a day or two from the city, or it is a plantation where the master and the workers build their own houses and live together in a single community.

In here, the fusion of the Roman ancient villa with the Achaemenid architecture, with the palace of Darius being an inspiration, the Antonovich Luxury Arabic villa was born. Having three floors built with the ancient Parisian façade. Having such a rich background, villas are usually associated with religious practices, and the Antonovich Luxury Arabic villa gives off that omnipotent look, being majestic, bold, regal, standing sturdy and mightily in the center of a sandstorm rich area.

The golden dome of the building functions like an umbrella; making the grains of sand fall on the ground for easy cleaning; its regent shining color shining with the sun, reflecting its rays to illuminate the pathway of the villa below. The upper portion of the rooms is also accessible for easy maintenance, preventing the accumulation of sands in the roof. The walls were partially etched to prevent its scaling, and the base pillar is designed in a twisting manner, likewise, to make the grains fall easier, thwarting the possible damage it could make.

The enormous tinted windows are draped with light colored curtains to have a cool and crisp feel on the inside yet the shaded glass makes it appear differently. Meanwhile, the landscape shows a lot of palm trees and plants that can tolerate the heat; the fountain provides a fresh view, with the water producing vapors to dampen the walkway.  Beyond doubt, the Antonovich Luxury Arabic villa is the place to call your own oasis. 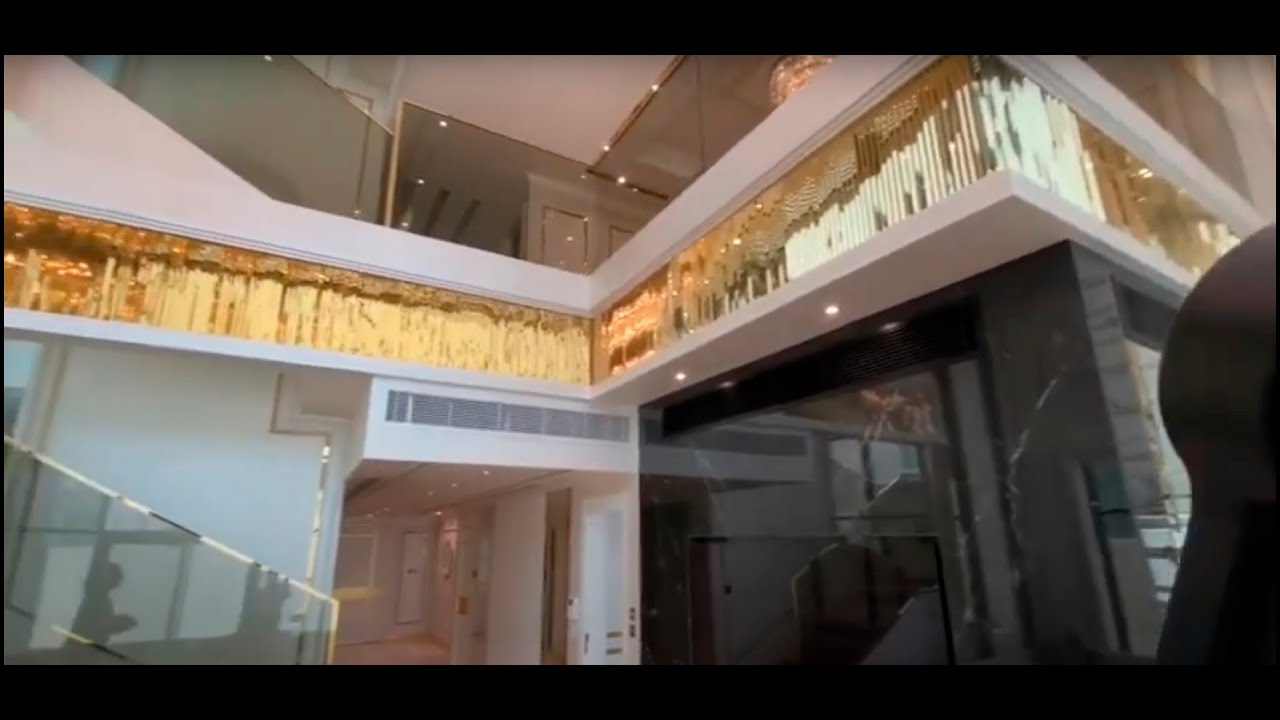